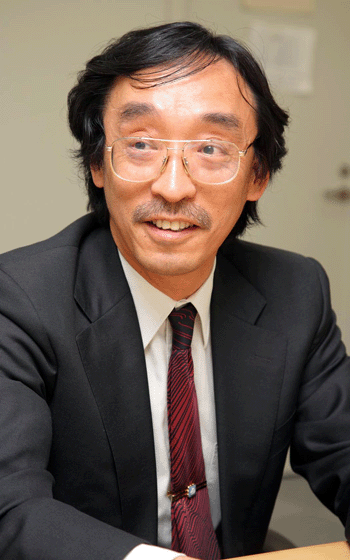 Kazuhiko Yokosawa is a Professor of Psychology Department at the University of Tokyo, Japan. He studied information science at Tokyo Institute of Technology, Japan. In 1990, he received a PhD in Engineering from Tokyo Institute of Technology. From 1981-1998 he had worked for NTT Basic Research Laboratory. In 1998 he moved to the University of Tokyo. He studied with Prof. Irving Biederman at University of Southern California from 1995 to 1996 and with Prof. Stephen Palmer at UC Berkeley from 2009 to 2010. He is the former president of Japanese Cognitive Science Society. He is a fellow of the Psychonomic Society and a member of Vision Sciences Society.
His research interests lie in attention, object recognition, and multi-sensory perception. Recently he is concerned with color preference and Japanese grapheme-color synesthesia.

Palmer and Schloss (2010) reported that preference for a given color is largely determined by affective responses to all of the objects associated with that color. Their ecological valence theory posits that it would be adaptive for people to engage with objects whose colors they like and to avoid objects whose colors they dislike to the extent that their color preferences are correlated with objects that are beneficial/harmful to them. Palmer and Schloss developed an empirical procedure to measure the WAVEs (weighted affective valence estimates) of colors. Each color’s WAVE is the average valence (liking/disliking) rating for all object descriptions given as associations of that color, with each object-valence rating weighted by how well it matches the color for which it was described. U.S. WAVEs strongly predicted average U.S. color preferences (r = .89). For example, people generally like blues and cyans partly because they like blue and cyan objects, such as clear sky and clean water, whereas they generally dislike greenish-browns partly because they dislike greenish-brown objects, such as biological wastes and rotting food.